What Do the New Facebook Changes Mean for Your Business? 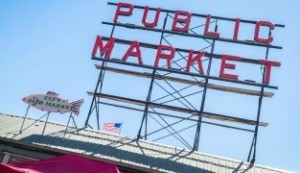 Let’s begin a new year in social media marketing with these sage words: “The only thing that is constant is change.” And today, we’re talking about Facebook and its ever-evolving policies. Ever since its historic (and somewhat controversial) IPO in February of 2012, the world’s largest social network has experienced the natural growing pains that come along with adjusting to the demands of being a publicly traded company. Many of these adjustments have involved making revisions to various aspects of Facebook’s extensive list of policies and terms of use, for both individuals and corporations. So what can we expect as we roll into the new year and what do the new Facebook changes mean for your business?

New Facebook policy revisions address several key areas that the company has been criticized for in recent months, including online privacy issues and the diminishing level of organic reach for status updates that are promotional in nature. Concerns regarding the control of user information have been a central point of contention for a while now, and Facebook’s new policies, which are scheduled to take effect at the end of January, are being revamped to address these concerns in several ways. Below is a brief synopsis of the changes that Facebook will be implementing for individual users beginning on January 30th:

One of the most significant changes that Facebook is making for the new year will have far-reaching effects for businesses of all sizes; the social network has decided to ramp up its efforts to filter out unpaid promotional posts that companies publish to users’ News Feeds. This means that even if a user has “liked” a company’s Facebook page and opted in to receive regular status updates from the company, it’s highly possible that these updates will be omitted from the user’s News Feed if Facebook deems them to be too promotional in nature.

The social network warned of this impending change in their Newsroom release from November of last year, stating that businesses that choose to post “promotional creative” in their status updates should expect “their organic distribution to fall significantly over time.” This move comes as a result of an extensive poll that Facebook conducted with its user base regarding the type of content that businesses were publishing in users’ News Feeds. Although users had “liked” the pages of certain businesses, the status updates that several companies were publishing were many times no different than the content of their paid ads. This type of activity, according to the poll, would “clutter” users’ News Feeds and decrease the overall quality of their experience on Facebook.

This policy change has been viewed by many as an attempt to steer businesses towards utilizing paid advertising options on Facebook. Many small businesses have begun to accept Facebook as a “pay-to-play” venue, and while this doesn’t necessarily spell doom for smaller outfits, it will have a significant impact on their bottom line.

While the recent announcements regarding Facebook’s policy changes have garnered a mixed reception, the social network has made attempts to soften the blow by emphasizing their recent investment into new features for Pages that will allow further customization and more robust user interaction. As in any period of significant change, only time will tell the long-term effects, but many businesses are using this transitional period to explore alternative promotional methods through other social networks such as Twitter and Pinterest.