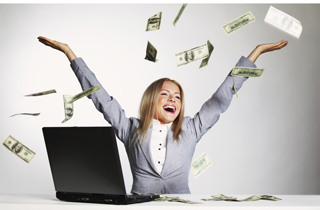 Social media contests are an excellent way to increase brand awareness, generate leads and foster customer engagement. One of the primary advantages of conducting a social media contest is the high level of interactivity that it affords, and in terms of cost-effectiveness, the return on investment is hard to beat. As audiences continue to interact with companies through popular social channels such as Facebook, Twitter and Instagram, contests have emerged as one of the most effective ways for businesses to communicate their message in a fun, exciting and memorable way. Below are some of the most notable trends in social media contesting today.

The Web is visually driven by nature, and the popularity of photo-sharing social powerhouses such as Instagram and Pinterest have only served to increase interest in image-based media. A favorite pastime among social media users is giving funny or unique captions to photos, and companies have capitalized on this activity by promoting photo captioning contests. Typically, a company will post an eye-catching image on their Pinterest, Instagram or Facebook page, and then allow users to submit their captions by way of commenting on the photo. The entries are then reviewed, and the winner selected usually wins some type of prize, such as cash or a product bundle. Contestants will typically share their entries with their friends, giving this method a high likelihood of going viral.

Sweepstakes are perhaps one of the easiest social media contests to conduct, as the barrier to entry is very low. Users are typically only required to submit their email address or send a certain predetermined text message to enter, and then a winner is chosen at random from all of the entrants. One of the biggest advantages of the sweepstakes model is that it’s inherently optimized for mobile, a major plus in light of the fact that more people are accessing the Internet through their smartphones now than ever before. This continuing trend toward broader Internet access via mobile devices will continue to provide businesses with ample opportunities for customer engagement via sweepstakes contests.

Everyone loves scavenger hunts, and when you can combine this fun and exciting activity with social media and free products, you have a surefire winner. More and more companies are utilizing scavenger hunts to take customer engagement to the next level by actually requiring people to leave their homes in order to score a prize.

One of the most notable scavenger hunt contests in recent memory was conducted by the famous professional skateboarder Tony Hawk, where he would hide skateboards in various locations and then post a photo of a related landmark (along with a clue) on his Instagram account. The first person to locate the spot based on the clues would score a free skateboard signed by Hawk himself. Heineken also recently conducted an interactive scavenger hunt on their Instagram page in which users had to search for clues within a mosaic of photographs, ultimately leading the winners to free tickets to the Men’s U.S. Open.

Several leading firms have ditched traditional market research methods in favor of soliciting direct input from their customers regarding the design and development of their products. This has proven to be a gold mine of creativity and interaction for businesses that have been bold enough to allow their customers to determine such factors as design and flavor for their products via social media.

This wildly popular method of involving customers in the creation of products is called crowdsourcing. For example, Nestle’s Kit Kat recently conducted a “Choose a Chunky Champion” contest on their Facebook page, in which users were allowed to select their favorite Kit Kat flavor among four potential candidates. The tagline “Only One Will Survive” added to the excitement of the contest, which quickly increased in popularity and ultimately became a viral sensation. More than 600,000 votes were cast via Facebook and 11 million bars were sold, making the campaign an overwhelming success not only in terms of product sales, but also in terms of creating a brand new level of market penetration for Nestle Confectionery. Dozens of other companies have utilized the “crowdsourced product creation” approach, breathing new life into the business-to-consumer relationship and changing the very nature of effective marketing strategy.

The most innovative companies are recognizing that in order to continue staying ahead of the curve, they must take their relationship with their customers more seriously than ever before. Inventive social media contests are one of the best ways to foster this relationship, and when done right, the results can truly be extraordinary.