Maximum Impact: The Best Times and Days to Email Your Database 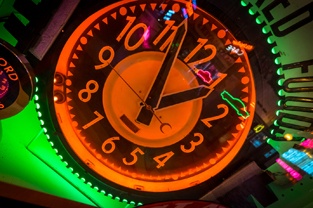 One of the most common questions we’re asked is “When’s the best time to send emails to my database?” And most times, the answer is not as straightforward as you’d like. Truth be told, there’s no “one size fits all” send time that guarantees a home run in terms of open rates or engagement. So does this mean that your email campaigns are relegated to being governed by guesswork and ambiguity?

Not exactly–in fact, quite a few studies have been conducted by several major email marketing providers in order to narrow down the optimal times to send emails, based on data collected from billions (yes, that’s billions) of email interactions. While there’s always a certain amount of disparity in such a large amount of data, there are certain trends and patterns that tend to stand out. Below are some of the key points derived from those studies to help you optimize your email send times, so you can get your message in front of as many eyeballs as possible.

The Best Day to Send Your Emails

What day of the week tends to perform the best in terms of subscriber engagement? Fortunately, there are actually three main days in which inbox activity tends to be the highest: Tuesday, Wednesday, and Thursday. Based on data gathered by MailChimp, GetResponse, Experian, and WordStream, these three midweek days receive the lion’s share of email engagement.

Of the three, Tuesday leads the pack by a significant margin in terms of open rates, so if there was only one day you could pick in which to fire off your emails, Tuesday would be the top choice. If you send two emails per week, you’ll achieve the best results by sending your first one on Tuesday and your second one on Thursday. Saturday deserves an honorable mention as well due to its high open rate, although it lags behind in terms of overall inbox activity.

The Best Time to Send Your Emails

Okay, so we’ve nailed down the days of the week that matter the most, but what time(s) of the day are users most active? The answers are quite interesting:

So, according to the data, in order of most effective to least effective, here are the best times for sending emails:

What About Time Zones?

Time zones are definitely something you have to take into consideration. Choose the time zone that represents the majority of your audience. Keep in mind that Eastern Standard Time covers roughly 50% of the U.S. population, so that’s probably your best bet if you’re planning to reach a U.S.-based audience. If you’re a local company that has a geographically limited user base, be sure to use your own time zone as the basis for your send times.

The Ultimate Rule: Know Thy Audience

While the ideas presented above can give you a good launching point, keep in mind that these suggested times are just guidelines. When it all boils down, the ultimate rule is to know your audience and their habits.

By taking into account the common tendencies and characteristics of your ideal customer, you can develop a highly effective email schedule that will hit the bullseye in terms of connecting with your target audience.