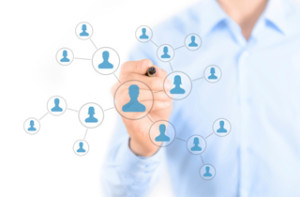 One of the recent major priorities at Twitter has been to improve their campaign analytics, and in March 2013, Twitter completely relaunched their analytics center. This effort was in response to feedback from Twitter advertisers. So if your business is advertising on Twitter, or if even if you’re planning to, why not get familiar with
how to use the new Twitter analytics? Let’s dive in.

The Timeline Activity view allows a user to view the last month’s tweets next to their replies, favorites and tweets. Twitter also tracks the number of times links within a tweet were clicked. If there are posts that performed better because of their reach on Twitter, this information is displayed.

The Followers view features a graph depicting follower growth. It breaks followers down based on location, interest and gender demographics. Twitter users can download all of their Timeline and Followers data into a CSV file, enabling them to display and remix it as needed.

The Ads Center has been completely redone. Advertisers now get more simple campaign reporting breakdowns. Advertisers get a clear understanding of how varying targetable audience groups have engaged with Promoted Account and Promoted Tweet campaigns. This is true for virtually every type of campaign, regardless of the parameters (i.e. location, device, interest, gender).

This heightened visibility gives businesses help with social media strategy by allowing them to manage and further tweak their existing campaigns to make them even more effective. For example, if a company observes strong engagement with one gender over the other, they can target that gender more heavily by making adjustments to current campaigns right from their analytics dashboard. They can also determine what is and isn’t working well in existing campaigns and make adjustments accordingly for future campaigns.

Thanks to the new Earned Media Reports, advertisers get details about secondary interests that go beyond the ones that they were targeting. This allows advertisers to learn even more about their engaged audiences, which helps them tweak any number of different marketing strategies.