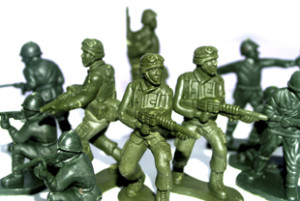 For one reason or another, a business will land in the cross hairs of the masses. When this happens, one of the first places people go to air their less-than-favorable opinions about the company is social media. So the platform that helps the business market its products and engage with customers becomes a battleground, often times with the business not coming out well when the dust settles. Is it possible to salvage your brand when faced with negativity and trolling? Yes, but handling social media backlash correctly means deploying the right tactics to turn the situation around.

If you unfortunately find your company on the receiving end of negative comments or trolling on social media, instead of resorting to measures such as deleting negative comments, ignoring them and worst of all replying in kind, here’s how to deal with social media backlash:

1. Acknowledge the issues raised as quickly as possible.

When a customer says something negative about your business on social media, there is a high chance that he or she feels their comments/grievances/problems have gone unheard. Thus delaying a response increases this perception, and the negativity goes up. Acknowledging negative comments right away helps keep this under control, but it means that you always have to be aware of what is being said about your business on social networks. Tools like Google Alerts that can help you in this.

As soon as you come across a post against your business, take a screen shot and store it. This can come in handy later if the situation escalates to serious levels.

3. Before you react, step into the customer’s shoes.

Although your first response may be to come back with a defensive response, don’t be too quick to react. Put yourself in the customer’s shoes and imagine what they’re going through. Once you understand where the customer is coming from, it will be much easier to offer a heartfelt apology and/or a solution to the problem.

4. Ask whether you can contact the affected customer privately.

Of course you want to get to the bottom of the matter quickly and offer a solution to the aggrieved customer. However, doing this on a public social network is less than ideal. Taking the conversation off the platform (or at least off a public page) will enable you to specifically focus on the customer and find out what the problem is and what you can do to help. You can talk over private messages, email or the telephone.

As you offer an apology be as human as possible. Let the customer feel that someone cares for their issues and is willing to address them. A cold and hollow apology will do your business no good.

6. Let other people know that the issue has been resolved.

Once you’ve talked privately to the affected customer, respond publicly to their comment with something along the lines of, “I hope your problem has been resolved, thank you for bringing it to our attention.” This allows other users to see that your company has quickly and professionally addressed the issue and resolved it.

7. If it is widespread, start a positive branding campaign.

If it feels as if the whole social media is against your business, take heart – it’s probably not. But if you’re noticing that your conversion rates and sales are suffering, you can launch a positive branding campaign to help turn things around. Keep it subtle at first, though. For instance, if a restaurant is under attack for not being family-friendly, don’t suddenly begin blasting your fans with photos of children dining in the restaurant. Instead, consider revamping your kids menu (or creating one) and let fans and followers know about these updates in a couple of carefully worded posts.

8. Ignore or block the trolls.

Having an Internet presence opens your company up not only to negative comments and backlash, but also plain old trolling. Trolling can take many forms – someone posting vulgar images to your business page, someone responding to every post you make with profanity and unnecessary volatile language. These people are simply looking to tarnish the business’s name without a good reason – mainly for their own enjoyment – and ruining others’ experience in the process. If you notice such a commenter, you can politely ask them to stop, but you can also delete their posts and block them from your page. Be sure though, that this person is truly a troll. If you’re simply reacting or being over-sensitive to criticism, then the best thing to do is respond according to the steps above.