YouTube TrueView vs. Video Preroll – What Will Work Best for You? 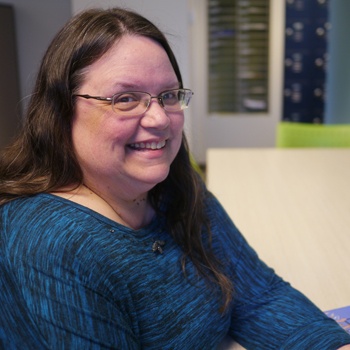 YouTube has proven to be fertile soil for digital marketers, hauling in a reported $9 billion worth of advertising revenue in 2015 alone. While the mammoth video sharing site offers a variety of advertising options for marketers, two formats in particular–TrueView and Preroll–are among the most effective in terms of audience targeting and budget-friendliness. So which one will work best for you? Below are some points to consider regarding each ad format, so that you can determine which option will work best for your marketing objectives.

As the name implies, Preroll ads are video advertisements that run before a regular YouTube video starts. Preroll ads are typically :15, :30, or :60 seconds in length, and are not skippable, so viewers must wait until the ad plays all the way through before they can watch their chosen video. Advertisers pay only when a user clicks on the ad.

As far as targeting goes, advertisers have the ability to narrow down their audience by geography, demographics, language, interests, and topics. When targeting by topic, you can run ads that are highly relevant to the video that the user is currently watching, which makes for a greater likelihood of a match in terms of capturing the user’s attention. When targeting by interest, you can present ads to a viewer that are relevant to a particular category of videos that the user tends to watch, even if they’re currently watching something else.

TrueView vs. Preroll – Which One is Better?

According to the German marketing firm CaptchaAd, 78% of TrueView In-Stream ads are skipped by users; this means that when you’re budgeting for TrueView impressions, you can expect only about 20% of your target audience to watch your ad all the way through.

Interestingly enough, research shows that while Preroll ads have a greater impact based on total amount of impressions served, TrueView ads have a notable edge over Preroll in terms of paid impressions, yielding 2.8 times more effectiveness in the areas of audience engagement and impact.

In addition, Preroll ads typically have a higher cost-per-click than TrueView ads, and inventory levels for Preroll ads are usually lower, which means that the most desirable ad placements (on videos or channels) will usually come at a premium.

Ultimately, the choice you should make will largely be determined by your campaign goals. Bear in mind that with Preroll ads, you’re paying for a specific user action (e.g., a click to your landing page), while TrueView ads primarily offer brand awareness and the user’s attention span (if only for a brief moment), but not necessarily a click-through to your website.

Keep the above points in mind and take the time to thoroughly define the goals and objectives of your ad campaign, so that you’ll be in a better position to decide which format will be the right choice for your business.