Why Brand Blasting on Social Media is a Bad Idea 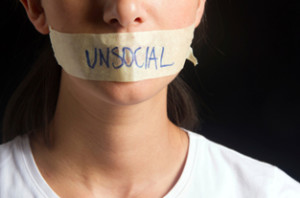 One of the cardinal sins of social media is “brand blasting” – when a business engages in the rapid-fire publishing of self-promotional content with little to no interaction with their audience. Whenever a brand blasts out seemingly incessant tweets or Facebook status updates that primarily highlight what their own business is doing, it comes across as shallow and unsocial to their audience. Although we’re living in a fast-paced business environment where social media content consumption stays in overdrive, more is not always better when it comes to your social media communications. It is important to remember that quality is still the main driver of customer engagement, far more than the frequency of your social media posts.

So how can you tell if you’re guilty of brand blasting? One of the dead giveaways is whether or not your social media communications are interactive to any degree. Ask yourself the following questions:

If you can answer “yes” to any one of these questions, you’re more than likely steering clear of brand blasting. However, if your social media posts are mostly communicating a one-way message, you may be edging over into brand blasting territory.

The best way to maximize your social media efforts is to thoroughly understand your own message before publishing even one tweet or status update. Once you’re clear on how you want to present yourself, find out where your corporate philosophy and perspective intersects with the lives of your customers and prospects. Ben & Jerry’s has done a masterful job of this in their social media campaigns, which focus on incorporating their eclectic ice cream treats into the often-eclectic lifestyles of their customers. When you can find ways to genuinely involve your audience in what you’re up to, they will often respond with a level of positive support that can truly be surprising at times.

Unlocking the Mystery of Going Viral

Many businesses adopt a shotgun approach to their social media content strategy, blasting out mass quantities of varied content in hopes that at least one idea will catch on and “go viral.” The truth of the matter is that going viral simply requires a business to look beyond themselves and get into their customers’ minds in order to shift the attention towards the end user. Let’s face it – people are far more interested in themselves than whatever you’re doing. The most successful businesses understand how to capitalize on this universal trait of human nature and use it to their advantage.

One great example of this is the South African retailer Urban Hilton Weiner, which recently conducted a very successful social media campaign that focused on the popularity of the selfie. They allowed customers to “pay with a selfie”, promising a $10 off coupon to customers who would take a picture of themselves trying on an outfit in an Urban Hilton Weiner store. As long as the customer used the hashtag “#urbanselfie”, they would receive the $10 discount on their purchase. This collaborative social media campaign was a runaway success, and although it may have seemed simple on the surface, it accomplished the retailer’s goals on multiple levels: They were able to get more people into their stores, leading to increased sales as well as increased buzz on major social networking sites.

The Bottom Line: Brand Blasting is Bad for Businesses

Social media is definitely a two-edged sword; when used correctly, it can produce phenomenal results, but when approached in an undisciplined manner, it can produce the equivalent of business suicide. Modern business history is replete with examples of social media blunders, gaffes and indiscretions that often cost brands large amounts of customers and money. While no one would argue that the overwhelming majority of these cases were accidental or unintentional, oftentimes businesses don’t take the time to honestly assess how they’re presenting themselves to the public via social media. As a result, they become the “drunk guy at the party” who isn’t aware of how awkward he looks.