When’s the Best Time to Post on Social Media – And Does It Even Matter? 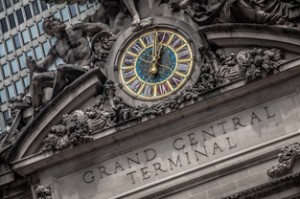 Does it matter what time you choose to post on social media? After all, nobody wants to feel as though they’re wasting their time sending tweets or status updates into the great unknown and receiving little to no response in return. So does it really matter what time of day you publish your social media posts? According to several studies, it does; below are some interesting findings to consider as you decide when’s the best time to post on social media for your brand.

According to research published by QuickSprout, 86% of all Facebook posts are published during the work week, with the majority of engagement taking place on Thursdays and Fridays. The early work week doldrums definitely factor in to the equation, as engagement rates for posts published Monday through Wednesday drop by 3.5% in comparison to posts published after Hump Day.

As far as time of day is concerned, the optimal time for shares is around 1 p.m., but if you’re looking for clicks, the prime time for gathering clicks is around 3 p.m. Overall, the 1-3 p.m. time frame is considered to be the optimal time for posting on Facebook during the work week. One theory for the success of this time frame is that the typical 9-to-5 worker is usually returning from lunch at this time, and will often pull up Facebook for a quick pick-me-up to make it through the rest of the day.

If you’re relegated to posting on weekends, don’t think that you’re going to miss out on the action; in fact, research published by design company Elle & Co. states that Facebook status updates published on Saturdays and Sundays receive 32% more engagement on average than posts made during the week. Should you choose to wait until the weekend to publish on Facebook, aim for the peak engagement time of around 1 p.m. Whatever you do, avoid posting on weekends before 8 a.m. or after 8 p.m., as status updates sent out during these times will typically fall on deaf ears.

According to QuickSprout’s Neil Patel, determining the best time to publish your tweets will be based on whether you’re sending out a business-to-business (B2B) or business-to-consumer (B2C) communication. If your tweets are primarily B2B-focused, you can expect to have a better response when you send them out during the work week (Monday through Friday), while the optimal time frame for B2C tweets begins on Wednesdays, and ramps up into the weekend. According to social media researcher and analyst Dan Zarrella, brands can expect a 17% higher engagement level when sending B2C tweets on weekends.

As far as the time of day is concerned, statistics published by Twitter reveal that users are 181% more likely to be actively engaged on the site during their commute, and are 119% more likely to use Twitter during work or school hours. Highest CTR times are at 12 noon and 6 p.m., while 5 p.m. is typically the time when the most retweets occur. If you want to discover the best time frame for tweets based on the characteristics of your particular audience or niche, try using Followerwonk, a Twitter analytics and optimization tool.

According to data analytics firm TrackMaven, engagement on Instagram remains relatively consistent throughout the week, with slightly higher activity on Mondays and Thursdays, and a minor dip on Sundays. A large number of Fortune 500 companies with a presence on Instagram post their photos during the work week, with the majority of the content being published between 3 and 4 p.m. EST. TrackMaven also added that the optimal time to post videos is anywhere between 9 p.m. and 8 a.m.

Unlike its counterparts in the social media sphere, Pinterest tends to come alive in the later evening hours. Peak engagement times on Pinterest are almost the complete inverse of other major social sites, with the lowest engagement levels occurring during work hours. According to QuickSprout, your best bet for optimal engagement is to post between 8 p.m. and 11 p.m. on Saturdays. Pinterest is also popular with the night owls, as engagement times spike again between 2 and 4 a.m. In addition, the average visit duration for Pinterest users is typically more than 16 minutes in length.

A Word About Time Zones

Keep in mind that 80% of the U.S. population is in the Central and Eastern Time Zones. Of course, if the majority of your audience is located in another time zone, adjust your publishing times accordingly in order to reach the largest number of people.

As you can see, there are important time frames to consider when posting on various social media sites, and each site has its own unique user characteristics. Take this important data into account when formulating your social media strategy, and you’ll be able to achieve a greater degree of effectiveness with your outreach efforts.