Twitter Reorders Timelines, How Should You Reorder Your Strategy? 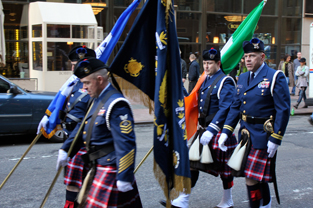 There’s been quite a bit of chatter lately regarding the changes that Twitter has been making in order to attract new users. The social media service recently announced an algorithm change that’s intended to “optimize” the way users view content by reordering their timelines based on relevance or popularity, instead of just presenting tweets in chronological order. The news of this new feature prompted a huge backlash from users, spawning hashtags such as “#RIPTwitter” and sending talking heads and analysts into a frenzy of spirited commentary.

Although the new feature is entirely an opt-in affair, many businesses are wondering what type of impact this algorithmic change will make on their Twitter marketing efforts. Below are some ideas to keep in mind as you evaluate your strategy decisions in light of this recent change.

Twitter’s New Timeline: Understanding What It’s All About

Although Twitter’s recent decision to tweak user timelines away from an “in the moment” experience–which was one of the main cornerstones of Twitter’s product differentiation–came to the befuddlement of many, it would do us all some good to take a moment and get into the minds of the decision makers who prompted this heavily contested change.

According to Twitter’s own announcement, the logic behind this algorithmic adjustment is to present tweets to users that they are “most likely to care about,” and to “draw out the most relevant content” in order to display it at the top of users’ timelines. In other words, the code-crunchers at Twitter have employed some type of algorithm-assisted content curation functionality to display tweets that users are more likely to engage in right off the bat.

This is being done in an attempt to “hook” users–both avid and infrequent–immediately upon logging in, versus having them sign on, scan the most recent tweets by time stamp, and have a “nothing to see here” experience. The company claims that users who turn this function on (you can choose to activate it by adjusting the “Timeline” settings under “Settings > Account > Content”) tend to tweet and retweet more, which basically means an increase in user engagement.

For brands, the implied goal of Twitter’s new timeline feature is to increase visibility for their most important organic content, which in turn should produce an increase in the number of users who will engage with that content. This feature places emphasis on tweets that are the most relevant to a user’s preferences or online tendencies in order to boost interaction and engagement.

This puts the ball squarely in the court of content providers, as it will be their responsibility to create high-quality content that users want to read and interact with. If you’re regularly publishing great content that attracts the attention and engagement of your fans and followers, you increase the likelihood that Twitter’s new algorithm will single out that content for a prominent position in the new timeline, so that users who missed it the first time around will have a chance to see it. This gives your content more “staying power” in the timeline, instead of being pushed down into obscurity by an incessant avalanche of subsequent tweets.

Using the New Timeline to Inform Your Twitter Advertising Efforts

One of the main benefits of Twitter’s new timeline feature is that it can give you additional data regarding your best performing organic content. As you begin to notice trends in engagement with your organic content, you may be more likely to consider paid advertising on Twitter–an idea that was certainly not lost on the team who created this new feature. Should you choose to add paid advertising to your Twitter marketing strategy, you can use the data gathered from your organic timeline results to better inform your ad creation efforts.

As you’re developing both your organic and paid content marketing strategies for Twitter, definitely take advantage of the company’s Best Practices guide, which was specifically created to help brands boost the effectiveness of their content marketing efforts on Twitter.