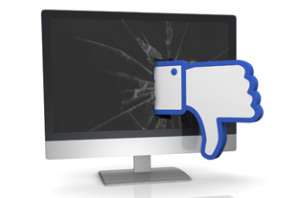 Perhaps nowhere is the saying  “Loose lips sink ships” more true than social media. It may seem like a no-brainer that your business’s social media posts should be carefully thought out for how your audience will react. Unfortunately, some companies learned this lesson the hard way, watching the integrity of their brand go up in flames as an ill-conceived tweet or an unintentionally offensive Facebook status update ignited a social media firestorm. The severe backlash that can come from a social media blunder is enough to make any brand manager think twice about how to approach their communications strategy through these various mediums. Below are some prime examples of epic social media failures, and what we can learn from them in order to avoid making those same mistakes as well.

The horrific bombing at the 2013 Boston Marathon was met with an outpouring of sympathy, compassion and support through all kinds of social media outlets. Unfortunately, the ubiquitous food site Epicurious attempted to leverage this tragic occurrence to promote their recipes. On the day that the bombing took place, they posted this unsavory tweet: “In honor of Boston and New England, may we suggest: whole-grain cranberry scones” followed by “Boston, our hearts are with you. Here’s a bowl of breakfast energy we could all use to start today” Yeah…not appetizing. The takeaway: Never use a national tragedy to promote your own website.

This fashion-related e-commerce website posted this untimely tweet just moments after after the tragic 2012 Aurora movie theater shooting took place: “#Aurora is trending, clearly about our Kim K inspired #Aurora dress ;)” No doubt the social media team for this online boutique did not check the details behind the Aurora hashtag before publishing their tweet. The takeaway: If any word or phrase is trending on Twitter, make sure to find out WHY it is trending before you use it in any of your tweets.

The following tweet was published by a Kitchen Aid employee who doubtlessly no longer works there: “Obama’s gma even knew it was going 2 b bad! ‘She died 3 days b4 he became president’.” It appears as though the employee made the all-too-common mistake of publishing a tweet under the company’s profile while thinking that they were logged in under their own personal profile. The takeaway: Check and double-check to make sure that you are tweeting under the correct profile before sending anything out.

Few social media debacles have been more disastrous than the infamous Applebee’s meltdown of 2013. After a patron wrote an insulting message on a dining receipt, an Applebee’s server (not the one who actually waited on the table) snapped a picture of the receipt and posted it on Reddit. This created a swirl of controversy on social media, in response to which Applebee’s promptly fired the server, citing a violation of the patron’s privacy. This prompted even more backlash, as many social media users felt that Applebee’s violated the server’s employment rights by issuing such a quick and severe disciplinary action. The situation escalated even further when it was brought out that Applebee’s had just recently posted an image on Facebook of a different patron’s receipt containing a written message praising their dining experience.

Status updates accusing Applebee’s of practicing double-standards began to fly on Facebook, and the social media team at Applebee’s began to respond directly to angry users. Within 24 hours, this online tug-of-war swelled into a complete free-for-all, racking up well over 40,000 total comments (many of which were deleted by Applebee’s later) before it was all said and done. Perhaps the most damaging mistake committed by Applebee’s was the rash publishing of Facebook status updates, many of which were defensive and reactionary, without demonstrating a clear plan of action to handle the litany of complaints that filled their Facebook page. The takeaway: Always make sure to have a clear plan in place to deal with any potential PR crisis scenarios. You must thoroughly train your social media team to respond with cool heads, and in a manner that will reflect the overall voice of the brand.

Some social media debacles are the product of automated or cookie-cutter posts. After a Twitter user posted a tweet about a sidewalk drawing outside of a Bank of America branch, the BofA Twitter account posted this very generic response: “We’d be happy to review your account with you to discuss any concerns. Please let us know if you need assistance.” This same exact tweet, word for word, was sent out not only to the original poster, but also to every person that replied to his post. This essentially made Bank of America’s Twitter account appear to be little more than a repository of canned responses. The takeaway: Automation can be an effective way to cut costs, but when you consider the areas of your business that directly affect the public face of your brand, you can’t afford to cut corners.

Another old saying goes, “Smart people learn from their mistakes, but wise people learn from the mistakes of others.” Take the above scenarios and lessons into consideration when implementing your own social media strategy for dealing with a PR disaster, and you’ll be able to sidestep the many land mines that exist in the world of online public relations.