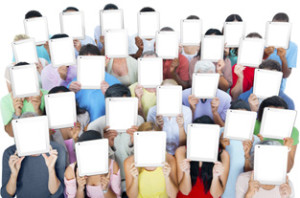 The new social network Ello, provocatively billed as the “Anti-Facebook”, has exploded in popularity as of late, prompting many pundits to speculate whether this enigmatic online community has what it takes to topple Facebook’s long-standing dominance.

But first, what is Ello? Spearheaded by Paul Budnitz (the eccentric founder of Kidrobot and Budnitz Bicycles), Ello has attracted hordes of new users as a result of their staunch “no advertisements” policy, their uncluttered interface, and their overall laissez-faire approach to the restrictive practices that users have grown to hate about other social networks, particularly Facebook. Perhaps the most radical aspect of Ello’s approach is what is stated on their website; they have promised never to collect, sell or rent their users’ information to any third parties, a move that stands in stark contrast to the very lifeblood of Facebook’s monetization model. Ello neatly sums up the driving rationale behind their philosophy in the last sentence of their manifesto: “You are not a product.”

With the force of viral momentum that Ello currently has, the obvious question is “should Facebook marketers be worried about Ello?” After all, demand for entry into the burgeoning network has gone into the stratosphere, with Budnitz himself stating that Ello has been receiving over 4,000 signups per hour. Ello officially started back in March of 2014, but remained somewhat “under the radar” until Facebook’s recent change in their “real names” policy became one of the primary catalysts that raised public interest in Ello to a fever pitch. Mark Zuckerberg’s flagship service began disabling the accounts of people who use aliases or stage names instead of their legal names, prompting a deluge of backlash regarding online privacy, as well as an ongoing exodus of users from the world’s largest social network over to Ello.

While the hype and expectations surrounding Ello have reached dizzying heights, many analysts are stating that Ello needs much more than a wave of viral attention to dethrone Facebook any time soon. Marketers who utilize Facebook as a lead generation and customer acquisition platform are keeping a close eye on Ello, but the general consensus is that the fledgling social network has plenty left to prove before it can reduce Facebook’s broader user base by any significant degree. After all, Facebook is a one-billion-user behemoth, and although Ello’s recent signup numbers are impressive in both quantity and velocity, they only represent a relatively miniscule percentage of Facebook’s colossal user base.

Whether or not Ello matches Facebook’s massive amount of monthly active users is actually a secondary issue; Ello has “bigger fish to fry” at the moment. After all, the site is still in beta at this point, and there are many features that still need to be built. Below are some key points regarding Ello that will need to be addressed in order for the network to demonstrate solid sustainability over the long haul.

1. Functionality: Basic features that many social networking fans are used to, such as the ability to look up friends by name, are absent on Ello. Right now, the only way to find someone is if you know their exact Ello handle (i.e., ello.co/handle). There are several bugs as well, such as occasional unintended redirects when links or buttons are clicked, as well as random blocks of white space that sometimes appear above or below content areas for no reason. The overall minimalist design is viewed as a plus by many, but functionality will need to be improved before Ello’s interface will be fully user-friendly.

2. Smartphone Compatibility: While Ello’s bare-bones design gives it an advantage in terms of its mobile-friendliness, the company has not yet released any official iOS or Android apps. As smartphone usage continues to rise, it is expected of most businesses to release apps in lockstep with the launch of their websites, and this is especially true when you’re launching a social network.

3. Privacy Settings: Although Ello allows you to use pseudonyms, all of your posts are public. You are also currently unable to block other users, which may raise concerns in terms of preventing harassment. Private messaging has not yet been built into Ello’s functionality either, but they do have it listed as a “Coming Soon” feature on their Feature List.

4. Long-Term Financial Sustainability: Ello, like all other social networks, requires money to stay in business. As Ello has emphatically stated, they will remain ad-free, which means that they will need to develop a solid plan to address the extravagant costs of running a large-scale social network. Ello was initially funded (to the tune of $435,000) by Vermont-based venture capital firm FreshTacks Capital, but as we all know, seed funds can dry up quickly, and VC investors will always expect a return on their investment. Ello does have a somewhat vague plan regarding offering paid premium features in the future as a means to support the site, but its current monetization model is somewhat fuzzy.

Although Ello has a substantial amount of momentum and it appears to pose a threat to Facebook in terms of appealing to frustrated users, Facebook marketers may not “feel the heat” by any significant measure for some time to come. While Ello’s surging popularity cannot be called into question at this point, its long-term viability as a self-sustaining business is still yet to be determined. In the meantime, marketers will no doubt continue to turn to Facebook as the “go-to” online outpost to put their advertising dollars to work.