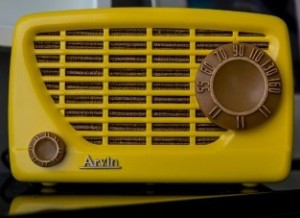 In the first quarter of 2015, the Pew Research Center published its findings regarding social media use among adults (ages 18+) in “Social Media Update 2014.” The Pew report is based on a September 2014 nationwide phone survey of adult Internet users, and covered such metrics as demographic differences and frequency of social media site usage. Below are some key insights into the changing tastes of today’s social media user base so you better tailor your social media marketing to what works for your target audience.

Facebook Takeaways: If you’re looking to build a social media strategy that relies heavily upon regular interaction and relational connections, Facebook will more than likely give you the most bang for your buck. In addition, if you market a product or service that caters to seniors, you have a rapidly growing target audience to tap into by way of Facebook.

Twitter Takeaways: If you’re looking to promote your product or service via Twitter, recognize that only 1 in 4 adult Internet users are active on Twitter, with only a little over one-third of that number visiting the site on a daily basis. Unless you have very deep pockets, any foray into the world of Twitter marketing will need to be well thought out and highly targeted.

Instagram Takeaways: If you plan to market to a young adult audience using highly visual means, you basically have a gold mine in Instagram. If your product or service caters to young adult women in particular, it will be hard to find a more targeted audience than what you will have access to on Instagram.

Pinterest Takeaways: Not much has changed from previous years as far as who your target audience should be for Pinterest: Women. DIY and interior design themes seem to dominate the Pinterest landscape as well, both of which have tremendous female fan bases on Pinterest. If you plan to embark on a marketing campaign for Pinterest, be sure to concentrate your delivery within a short span of time, because this is not a site that many users visit on a daily basis.

LinkedIn Takeaways: LinkedIn is an ideal platform for marketers looking to target college graduates and young professionals with their products or services. The recent increase in unemployed LinkedIn users could also signify a marketing opportunity for businesses that provide services to individuals who are seeking employment.

Overall, the Pew report for social media shows that the average American adult is becoming more Internet-savvy, and more connected to the online world by way of social media. This integration of social networking into the regular routine of American adults represents a significant shift in the way they are choosing to spend their time. While Facebook remains the most popular social platform for adults who use only one social media website, the general trend of multiple social media site usage continues to increase. This implies that more and more social media marketing opportunities are becoming available to businesses of all kinds, a trend that shows no sign of slowing any time soon.