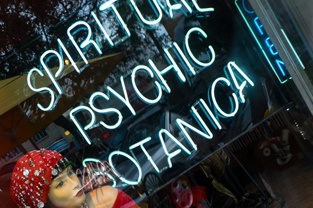 According to a study released by market research firm Vision Critical, social media users are more likely to purchase an item (either online or in-store) once they’ve favorited or shared a social media post that features that item. The study also revealed that each social platform provides a different “push” to help the purchase along; for example, Pinterest provided users with more information for their purchase, Facebook alerted users to different sales or deals, and Twitter helped users identify places to buy certain products.

The Impact of Social Media Advertising on Sales

Marketing data analysis firm Convertro, in partnership with AOL Platforms, published a report that revealed their findings from a study of more than 3 billion impressions, 500 million clicks, and 15 million conversions in the first quarter of 2014. In aggregate, social media advertising slightly edged out traditional display advertising in terms of driving sales and conversions, but it did lag behind email marketing and affiliate marketing.

What was interesting to note is that social media advertising had a significant impact on the middle of the sales funnel, which according to the report is defined as the period of time between the initial interaction and the actual conversion. What can be concluded from this point is that social media is often a key factor in influencing the customer’s path to purchase during the awareness and research phases of the process.

The Convertro/AOL study also revealed that paid social media advertising tends to produce higher conversion rates than organic efforts. The analysis found that conversions on Twitter were boosted significantly by paid posts, producing a 3.85% average conversion via Promoted Tweets compared to only 1.45% with organic tweets.

Overall, conversion rates for marketers who utilized paid advertising on social channels were nearly 25% higher than organic promotions. The study also noted that conversion rates via social channels tend to vary based on product categories, with verticals such as subscriptions and health/beauty items typically performing better than the apparel/accessories and food/beverage categories.

Clearing Up a Common Misconception

Still, there’s a stubborn misconception that exists in marketing circles regarding the disposition of social media audiences. You’ve probably heard this one before: “People don’t go on social media sites to be marketed to.” While this statement seems to make sense on the surface, you have to remember that no matter what people are doing or what time of day it is, there are always problems they would like to solve, products they would like to find out more about, and experiences they would like to have.

Regardless of where you choose to market, if you can present your product or service as the solution to their problem, you stand a very good chance of connecting with that potential customer at the point of their need, and experiencing conversions as a result.