Is SnapChat The Next Big Thing In Social Media Advertising? 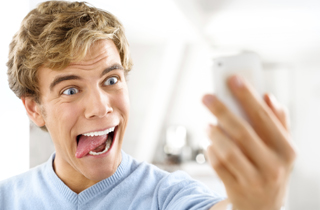 Imagine that you had your audience’s undivided attention for 10 whole seconds – in digital marketing, that’s practically an eternity. But that eternity’s turning into a reality for companies who are jumping on Snapchat, the popular mobile app and social platform for sharing photos and videos that appear on users’ phones – and then “disappear.” Currently the app is most used by teens, and more and more businesses are seeing this as a golden opportunity to market to an in-demand demographic that can be difficult for advertisers to hold the attention of.

So, is Snapchat the next big thing in social media advertising? If its exponential growth in popularity says anything, it is. Late last year, Snapchat’s CEO (who is in his early 20s) turned down a $3 billion offer from Facebook. Although companies like Facebook are testaments that start-ups can grow into global companies, many were shocked when the tech start-up that had zero revenue at the time refused a $3 billion offer.

But maybe Snapchat knew something we didn’t. The app’s users are primarily in the U.S., but Snapchat is quickly spreading to other parts of the world and has grown tremendously. By the end of 2013:

What’s attractive to social media advertisers is that Snapchat makes users  a captive audience while they’re viewing new photos or video because the content that’s sent is only available for 10 seconds or less. Users give each new snapchat their full attention since they know they won’t see it again. This also helps to create a sense of urgency prompting the potential customer to take action shortly after the snapchat message disappears.

Thinking of getting in on the action? If the Snapchat demographic is one you’re after, there are many smart ways you can integrate Snapchat into your social media marketing strategy. Give a sneak preview of new products to followers to get them interested. Announce sales or create a special offer given to the first 100 customers who show up at your store after receiving the snapchat. Encourage followers to take snapchats of themselves using your product and send them to you, then award a random participant with a prize (announced in a snapchat, of course).