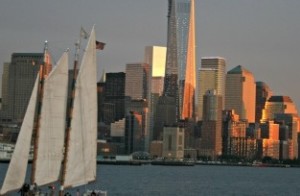 Over the past year, Facebook has taken some bold steps to fully integrate video as a means to make discovering and sharing videos much easier for users. The results are that the number of videos directly uploaded to Facebook has absolutely exploded over the past year, with well over 1 billion video views now taking place on the mammoth social network every single day. Because companies can pay to have their videos featured in users’ News Feeds, this move is a game-changer for brands who are looking to capitalize on Facebook’s laser-targeted video advertising capabilities to help generate brand awareness, and ultimately, sales. For details, read on:

One of the most significant data points to come out in recent months has been the rapid increase of “native” Facebook videos (i.e., videos that are uploaded directly to Facebook) by brands in comparison to the use of embedded YouTube videos. Facebook has surpassed YouTube in terms of the sheer number of video posts published by brands, and in terms of interactions, there really is no comparison. It’s becoming clearer to brands looking to maximize their advertising dollars that native Facebook videos are a highly targeted and cost-effective means to reach an audience that is predisposed to seeking out and sharing video content with those in their network of friends, family members and associates.

One year ago, YouTube was the undisputed king of video, garnering nearly twice as many published videos as its closest competitor. According to recent data published by social media marketing analysis firm Socialbakers, January of 2014 marked a significant shift in which social platform content marketers were utilizing to publish their videos. The number of videos directly uploaded to Facebook by brands jumped 50 percent in the first five months of the year, and by December of 2014, Facebook had firmly surpassed YouTube in terms of video-driven user engagement, garnering more than 80 percent of all video interactions.

Facebook has definitely signaled their intention to dominate the world of video-based advertising by the litany of improvements they’ve made to their platform in recent months. Some of the most significant improvements include:

It’s becoming undeniably clear that Facebook has pulled away from the pack in terms of providing the most cost-effective means for brands to market their products and services through the medium of video-based advertising. Facebook has emerged as a clear leader in terms of ROI for important metrics such as engagement rate, view-to-completion, cost-per-view and reach. The continual improvements that Facebook’s development team has been making to their video platform along with the unparalleled targeting capabilities available through Facebook’s advertising platform are proving to be a formidable one-two punch for marketers looking to leverage the storytelling power of video to promote their products and services.