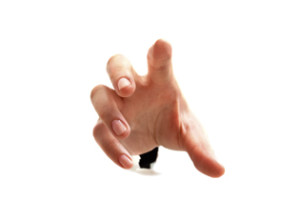 Small and large businesses alike use Facebook as the link between their company and their customer. But many recent changes to Facebook have left some businesses wondering if they’re really reaching any customers at all – Facebook has drastically altered its algorithm to reduce the amount of posts people see from the company pages they like.

Maybe you’ve noticed this dip in Reach, one of the metrics Facebook uses to measure the effectiveness of your posts. Maybe you’ve even tried boosting it without shelling out any money. But if you’ve tried all you could and are still seeing the same results, or worse – a decline – it might be time to look into paid posts on Facebook.

First, let’s talk about the different kinds of reach – paid and organic.

Paid reach is the number of people who viewed your content via a sponsored post that appears on followers’ and non-followers’ news feeds or a targeted ad.

Organic reach is the number of people who chose to view your content either on their news feed or on your page.

The power of paid advertising reflects in the numbers.

Paid advertising on Facebook can’t be ignored – the majority of your current and potential customers are on the social network, and if you’re just relying on organic reach, too many of them will likely not see your content. And if they’re not seeing your content, they’re not sharing it.

Small businesses can especially benefit from sponsored posts and targeted ads on Facebook – first because of how much bang they can get for their advertising buck (Facebook ads are highly targetable), and second because paying to boost a post can increase their audience exponentially.

We recommend if you’re not happy with the direction your reach is going, seriously consider allocating some funds for paid reach on Facebook. Just remember that, as always (and possibly even more so), your content should be highly valuable and engaging. Even with paid posts, content is king.