How to Capitalize on Twitter’s New Conversational Ads 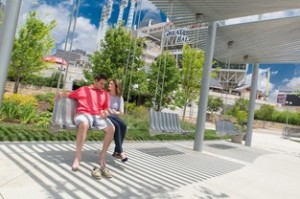 On January 5th, Twitter announced the release of Conversational Ads, a new advertising format that enables users to engage with and then spread the campaign messages of their favorite brands. These interactive ad units are similar to Twitter’s polling feature in that they allow users to weigh in on topics that interest them, but Conversational Ads take it a step further by giving users the opportunity to extend the conversation to others by way of unique call-to-action buttons or customized hashtags. Read on to find out exactly how Conversational Ads work, as well as how your brand can take advantage of this exciting new format to further drive customer engagement.

Twitter’s Conversational Ads: How Exactly Do They Work?

Twitter’s Conversational Ads invite users to join in on a conversation that a brand is currently promoting. Much like Twitter Polls, the ads offer users the ability to click (or tap) one of two buttons to register their response to a question, or to share their opinion. Once the user makes a selection, a pre-populated tweet is automatically pulled up, giving the user the opportunity to share their response with their followers.

For example, Samsung Canada recently used Conversational Ads to promote their uber-popular Gear S2 smartwatch, asking users for their opinion regarding whether walking or public transit was the better way to go. By selecting either #TimeToWalk or #TimeToRide, users could record their opinions in a tweet, which they could then send out to their followers. According to MarketingMag, Samsung achieved over four times its typical organic engagement rate using Conversational Ads, driving more than 53,000 interactions in just four days, as well as over 480 button uses during that same time frame.

The golden key that sets Conversational Ads apart from previous ad formats is that users are allowed to include unscripted endorsements in their tweets. This puts Conversational Ads light years ahead of “RT if you agree, Like if you disagree” types of interactions, making the conversation more natural and less generic.

In essence, users can become brand advocates by tweaking the pre-populated tweet to include whatever personal notes, thoughts or quick testimonials they want to add, further strengthening the authenticity of the message and providing an organic endorsement for the brand. Keep this important fact in mind when developing your Conversational Ads, and be sure to construct campaigns that allow for this type of natural, open-ended interaction.

The Importance of Targeting and Segmenting with Conversational Ads

Like any other advertising format, pay special attention to targeting and segmentation in order to get the most out of Twitter’s Conversational Ads. Ensuring that your ads are being exposed to an audience that fits your ideal customer profile will enable you to create relevant hashtags and targeted call-to-action buttons.

This is especially true if you market a product or service towards an audience that has highly niche-specific jargon and buyer tendencies; your ads will definitely need to speak their language in order to truly connect with users in that vertical. This will make sure that your custom hashtags and call-to-action buttons are utilized in the way that you intended for your specific campaign requirements.

At the end of the day, all Twitter ad campaigns will be measured by results, so it’s vital for you to carefully monitor and track user responses to your Conversational Ads. Stay in a mindset of testing and experimentation, and diligently assess every aspect of your campaigns. It’s possible that one simple adjustment to a hashtag phrase, or changing out a product image, or changing the wording on a call-to-action button could boost audience response several times over, but you have to be willing to test, tweak and adjust these various elements if you want to maximize your campaign results.

Not only should you keep track of the user responses that stem from a direct interaction with your ads, but also monitor the organic reach achieved via subsequent likes and retweets from followers of targeted prospects. Conversational Ads are a new ad format, which means that there’s going to be a certain amount of learning curve associated with usage and implementation; however, with a diligent emphasis on testing, evaluation, measurement, and on-the-fly adjustment, you’ll be able to reap the benefits of this exciting new tool.