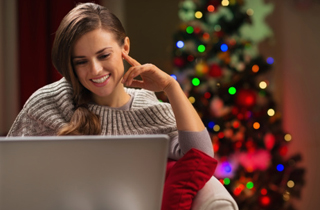 This holiday season, why not do a little good with your social media strategy while giving your pages a boost? In this digital age, it’s easier than ever for businesses and non-profits to incorporate social media into their fundraising and promotional campaign strategies. People love to give to worthy causes, and with the help of social media, businesses can extend a helping hand to various charitable organizations by inspiring people to rally around their efforts during the holidays. Below are three ways businesses can incorporate charities into their overall social media strategy:

1. Identify a cause that your business would feel proud to support and decide on a percentage of your proceeds that you would be willing to donate to the organization during the holiday season. Then, simply use your various social media outlets (Facebook page, Twitter feed, etc.) to announce your support of that particular charity. TOMS Shoes is a perfect example of this type of strategy; they often advertise through their social media channels that they will donate a specific percentage of all sales to charity, or they will donate a fixed amount of dollars to charity based on reaching a specific amount of products sold. Many times, this will inspire people to buy more products or services than usual in order to increase the percentage of funds donated to that cause.

2. Create a “Tweet-a-Thon” on behalf of the charity of your choice. Over a period of 12 to 24 hours, you can invite your followers to show their support for your chosen charity by asking them to tweet about the campaign or cause as often as possible to their own list of followers. Give them clear instructions, including donation links and the appropriate hashtags to use, in order to promote your campaign on behalf of that charity. This is an excellent way to generate a significant amount of buzz around the charitable organization, as well as dramatically increase donations and followers in a very short period of time. Establish goals for the Tweet-a-Thon as well, such as obtaining a certain amount of followers or a certain dollar amount in donations within the 12-to-24-hour time frame.

3. Use Causes.com to create a customized campaign around the cause of your choosing. Causes.com began in 2007 as a Facebook app that rapidly increased in popularity until it relaunched in 2013 as a “social network for the civically engaged.” Utilizing the Causes.com platform (which allows sign-ups via Facebook), you can create a cause and garner support for practically any charitable effort you choose. Causes.com not only allows you to communicate with followers, distribute petitions and encourage donations, but it also gives your audience the ability to create their own Causes.com profile in order to begin generating support for the charity themselves, independent of your efforts. This feature can have an exponential effect on the amount of exposure you can generate for a particular charity. Once you’ve established your cause, be sure to promote it through all of your available social media channels.

Social media has indeed made it simpler than ever to inspire and encourage support for various worthy causes. By leveraging the power of your social networking channels, you can make a huge impact on behalf of the many people who are in need during the holiday season.