Holiday Marketing: Brands Who Are Doing It Right 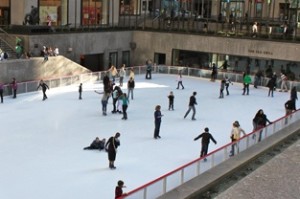 The holiday season offers businesses an outstanding opportunity to boost sales and connect with their audience over some of the most cherished and commonly shared themes in the world. During this time of year, marketers from all kinds of different businesses employ outstanding creativity to deliver some of the most engaging and memorable holiday marketing campaigns in existence. If you’re looking for some inspiration to help get your marketing gears turning for this holiday season, below are five examples of recent holiday campaigns from brands who are doing it right.

1. “Elf Yourself” Campaign by Office Depot/OfficeMax

Who can resist the opportunity to dress your friends, family or pets up in elf costumes and watch them dance around on your computer screen? Although Office Depot/Office Max’s “Elf Yourself” campaign has been active for a few years now, they’ve done a great job of keeping things fresh by switching out the themes and songs for these hilarious user-generated videos.

By utilizing the important concepts of user interaction and personalization, Office Depot/Office Max have tapped into a goldmine of engagement, and it shows. To date, more than1 billion elves have been made using this fun online app.

Through the “Believe” campaign, Macy’s has fostered goodwill, trust and positive sentiment toward their brand by incorporating the near-universal values of charity and selflessness that are often emphasized during the holiday season. Using the “Wish Writer” app found on the campaign’s home page, children (and adults too) can write and design their own personal letter to Santa Claus. For every letter submitted either online or in their department stores, Macy’s will donate $1 to the Make-A-Wish Foundation.

The campaign not only adds to the iconic brand presence of Macy’s during the Christmas season, but it’s also produced a substantial material impact as well. Macy’s has raised over $83 million for the Make-A-Wish Foundation since 2003.

The now-famous “red cup” design introduced by Starbucks to mark the coming of the holiday season was met with an interesting mix of praise and criticism this year. Reactions ranged from hailing the design as a minimalist achievement to vilifying the company for attacking traditional religious values.

Once the red cup controversy began to dominate news headlines all over the Internet, Starbucks quickly issued a statement to clear the air, noting that the “purity of design” of the red cups is a way to “embrace the simplicity” of the holiday season.

The company continued to ride the wave of momentum generated by this event to introduce their Instagram-based “Red Cup Contest,” which offers Starbucks gift card rewards for customers who share a photo of their creative “red cup moment” on Instagram using the #RedCupContest hashtag.

The takeaway? In the days and weeks following the controversy, Starbucks has skillfully managed to navigate this roller coaster of events through prompt action and the clever use of social media tools.

There’s no doubt that Apple products will be discovered underneath Christmas trees all over the country this holiday season, but the company itself has an admirable track record for creating holiday campaigns that actually put the commercialization of the holidays second to the importance of family.

Apple’s now-famous “Misunderstood” commercial depicts a teen who seems to be detached from all the action at a family Christmas function by constantly keeping his iPhone in tow, but as it turns out, he was actually documenting and creating a video of the family festivities with his iPhone. The ad does a fantastic job of avoiding any sense of overt selling while still showing what Apple’s products can do, and it delivers a heartwarming holiday message at the same time.

5. Fruit of the Loom’s “Rules of Underwear Giving” Campaign

The iconic purveyor of subsurface garments recently struck gold with the “Rules of Underwear Giving” campaign, proof that incorporating your product into a humorous theme is a great recipe for brand engagement during the holiday season. With the help of a hilarious video and an equally funny “instructional” web page, Fruit of the Loom has offered holiday shoppers a clever reminder to not forget the more…essential gifts this holiday season.

One of the main things that the above campaigns have in common is that each company found an inventive and memorable way to integrate their brands into a popular thematic element of the holiday season. By focusing on aspects of what people love the most about the holidays and tying them into your brand, you create a strong emotional connection with your audience that fosters a deeper level of engagement. Your holiday marketing campaigns don’t have to be stale, generic or ineffective; take cues from the campaigns listed above to make your brand stand out this holiday season.