Good, Better, Best – How to Value Impressions, Clicks and Conversions 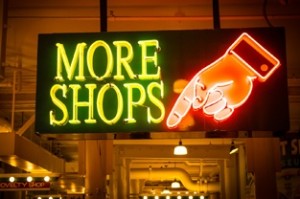 Sorting out the data produced by an online ad campaign can be an intimidating task, especially if you’re new to online advertising or are unfamiliar with the terminology. Understanding the difference between impressions, clicks and conversions will help you make sense of your campaign stats, and help you put them in their proper context so you know which metrics are the most important to pay attention to. Below are some key ideas to keep in mind when you’re learning how to properly evaluate your campaign data.

The first order of business is to define some of the key terms that are frequently used in your stats.

Impressions – This is where all of online advertising begins, and likely where you’ll see the highest numbers because an impression is generated every time a web page is loaded and viewed. Keep in mind that just because the ad was displayed doesn’t mean that the visitor intentionally read it or even paid any attention to it; the term “impression” simply means that the ad was displayed on the page.

It’s no different than when you’re driving by a large billboard on the side of the highway; the ad is being displayed on the billboard non-stop, but that doesn’t mean that you read it or even took notice of it. In a sense, every car that drives by would represent an “impression,” because the potential for the ad to be viewed is there, but there is no guarantee that every driver who passes by will read the ad on the billboard.

The most common scenario that takes place when a visitor clicks an ad is that they’re taken to the advertiser’s website, where hopefully a sale is made or a lead is captured. When it comes to clicks in relation to impressions, bear in mind that an impression is required to generate a click, but since not every person who views an ad will click on it, you will always have more impressions than clicks.

This ratio of clicks to impressions is measured by what’s known as the click-through rate (CTR). To calculate CTR, simply divide the number of clicks by the number of impressions; for example, if your ad received 1,000 impressions and 25 clicks, you would have a 2.5% CTR. The general rule is that an ad with a high CTR is effective at grabbing a visitor’s attention, while a low-CTR ad means that you may need to tweak something about the ad text or the accompanying image (if allowed) to hopefully garner more clicks.

Conversions – The ultimate goal of every advertiser is to generate conversions, because that means that the intention for the ad has been achieved. This could be in the form of making a sale, capturing a lead, having a visitor download a free ebook or whitepaper, etc. Although the term “conversion” covers a broad range of actions, you can measure the effectiveness of virtually any campaign by how many conversions are received in light of the total number of dollars spent. This will determine your return on investment (ROI).

Which Metric Matters Most?

When you’re analyzing your campaign data, it’s dangerous to draw conclusions based upon only one metric; you always need to consider how each metric relates to the other. For example, you may have an ad that has a particularly high CTR, but a dismal conversion rate. Conversely, you may have an ad that barely receives any clicks, but when it does, it almost always converts. The former scenario is not ideal because you’ll spend a lot of money on clicks but have little to show for it. The latter scenario is not favorable either, because you won’t be able to properly scale that campaign to any significant size.

One of the most reliable ways to determine where best to channel your resources is by using a metric known as “Profit per Impression” (PPI). This metric takes both the beginning (impressions) and ending (profit) points of the ad process, and uses them to determine the ultimate viability of an ad campaign.

The way to calculate PPI is to simply find out how much profit–not revenue–you generated from a campaign, and then divide that by the number of ad impressions it took to produce that profit. For example, if it took 90,000 total ad impressions to produce $20,000 in profits, then your PPI would be $0.22 ($20,000 divided by 90,000 impressions). This enables you to see how well your ads perform after all costs have been accounted for. Campaigns with high PPIs will ultimately be the best candidates for scaling and growth.

So when it comes to valuing impressions, clicks and conversions, you need to have a big picture view to see how all of these different moving parts work together. The best way to get a good grasp of how these factors tie in together is to constantly test and tweak your ad campaigns. Keeping the Profit per Impression metric in mind can give you confidence regarding which ads will ultimately generate the most profit for your advertising campaign.