Going Native: What Is Native Advertising and Why Is It So Effective? 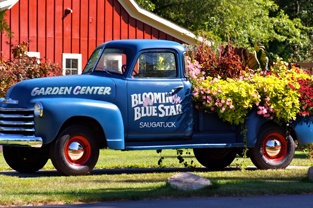 You’ve probably heard a lot of buzz about native advertising lately, but what exactly is it? Native advertising is a form of paid online advertising that closely mimics the look, feel and format of the surrounding content on the web page, making it virtually indistinguishable from the regular page content.

Practically all of the largest social media companies in the world (Facebook, Twitter, Pinterest, and Instagram) use native advertising, and many of the top publishing names in the digital space (e.g., The Wall Street Journal, Forbes, USA Today, etc.) have adopted this unique form of integrated advertising as well. So how and why is native advertising so effective?

Even without any background in marketing, it’s easy to see how native advertising can be a powerful and highly effective format for businesses to use to get their potential prospects’ attention. In today’s world of nearly non-stop media, most of us are accustomed to seeing advertisements everywhere we look. This can create “ad blindness,” a problem that’s plagued marketers for years.

Native advertising enables businesses to essentially integrate their marketing messages with the surrounding content so that they’ll appear less jarring or intrusive, reducing the risk of turning viewers off before getting a chance to reach them.

Research suggests that native ads are actually viewed for the same amount of time on average as regular editorial content. This gives native ads the unique ability to be shared by users, which is virtually unheard of for banner or display ads.

Because native ads virtually mimic the content that surrounds them, they are essentially just as shareable as the non-paid content elements that appear on the same page; this can open up opportunity for ads to go viral. The increased audience engagement and higher shareability that native ads can afford make them a perfect fit for advertising campaigns that require a more interactive yet non-disruptive approach.

There are some people who believe native advertising is a somewhat underhanded or deceptive technique, because many users may not notice that the content is labeled “Sponsored” or “Promoted” before they click on it. Proponents of native advertising assert that most ads are clearly labeled, and it’s just a matter of “reading the fine print.”

The best practice for native advertising lies in providing related, quality content that someone who clicks through or reads – no matter if they’re duped or if they clicked willingly – will appreciate and take an interest in. “Click bait” headlines and other techniques that are solely aimed at getting clicks will not give your business anything except a reputation for being shady and untrustworthy. You’ll find that when used well, native advertising can help boost not only your brand exposure, but also its integrity.