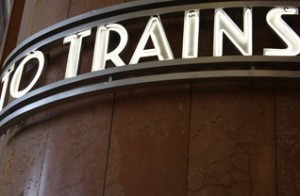 Evan Spiegel, CEO of the social media darling Snapchat, recently graced the stage at the Cannes Lions International Festival of Creativity in France to offer his unique perspective on how to reach his company’s highly coveted user base. Cannes Lions has become a prime destination for the world’s most influential tech and advertising players, no doubt an item of note for the 25-year-old executive who made his pitch to a roomful of industry heavyweights at the conference. He took the opportunity to explain Snapchat’s advertising platform – here’s an overview of what was said and some takeaways to keep in mind when it comes to your own company’s advertising.

The buzz begins with the fact that Spiegel’s hugely popular photo-sharing app has captured the attention of one of the most sought-after demographics–teens and millenials–in unprecedented numbers; according to the company’s stats shared at the conference, more than 60 percent of Snapchat’s 35-million-plus daily active users are between the ages of 13 and 24. By virtually any metric, Snapchat has achieved meteoric success, and is generally seen as a game-changer in the rapidly-evolving arena of mobile advertising.

One of the most salient points that Spiegel brought out at the Cannes Lions conference is the importance of “thinking vertically,” in a very literal sense. Spiegel noted that according to his own research–along with that of many other key players in the social and mobile ecosphere–people simply don’t prefer to rotate their phones in order to view mobile content. He backs up this assertion with data taken from several test-drive advertising experiments that had been performed via the Snapchat app: Advertisers reported that engagement levels were nine times higher when ads were vertically oriented instead of horizontal.

Spiegel additionally pointed out that when videos are filmed in landscape (a.k.a. horizontal) mode, they only take up a relatively small portion of the screen when a smartphone is held upright. A user would then have to rotate their phone sideways in order to view an ad that is formatted for desktop or TV, but not many users prefer to perform this action. For this reason, Spiegel emphasizes that “you’ve got to do vertical video” if you want users to have a convenient, full-screen content viewing experience – not only when advertising on Snapchat, but if you expect your ads to be viewed on a mobile device anywhere.

This vertical orientation is the preferred format for all of Snapchat’s content delivery methods, including Live Stories, messaging and Discover channels. For the uninitiated, Live Stories are crowdsourced videos from locations all around the world, or at popular events such as Coachella or the Kentucky Derby; the messaging feature is the means by which users share and send videos, photos and notes or drawings back and forth; and Discover channels are the main avenue through which key media partners such as ESPN, Vice Media, Daily Mail, Cosmopolitan and others can reach Snapchat’s vibrant audience on a daily basis.

Spiegel: User Anonymity is Not a Hindrance to Advertising Success

In contrast to many of the major social media sites that record and track user data to near-obsessive levels, Snapchat was built on the premise of anonymity. In fact, one of the main appeals of the service is that photos and videos “disappear” within 10 seconds of being viewed by the recipient, essentially allowing users to share content with friends without leaving too many digital fingerprints behind them.

Spiegel explained that some of today’s most popular targeted advertising practices, such as when a previously viewed product “follows you around” in sidebar ads on other websites, can feel strange, and when done incorrectly can even produce brand damage. Spiegel emphasized that although Snapchat is considered to be a “really big business”–as its $16 billion valuation would suggest–it still respects the privacy of its users by refraining from any invasive data collection tactics.

Spiegel is quick to note that Snapchat values creativity, but not as a C-suite-mandated task. In an on-stage interview conducted by Cosmopolitan editor-in-chief Joanna Coles, Spiegel explained that having fun and “being playful” can actually “take the pressure off being creative,” a philosophy that sometimes seems foreign to the often tightly-wound tech crowd.

The company thrives off this free-spirited creative energy, building experimental products and features on a regular basis. According to Spiegel, Snapchat’s team releases only “1 to 2 percent” of the products they’re working on at any given time. “We build stuff all the time that’s never released,” he said. “It’s just terrible.”

The bulk of Snapchat’s revenue is generated from sponsored content features such as its Discover channel (where brands such as CNN and ESPN regularly position short videos alongside user content) and Live Stories, which according to Re/code can command up to $400,000 per 24-hour ad. Analysts estimate that Snapchat will be able to realize more than $1 billion in yearly ad revenue using these innovative advertising formats. Projections such as these have bolstered investor confidence regarding Snapchat’s money-making viability, especially in light of its hefty $16 billion valuation. This fact has not been lost on Spiegel, who appears to have arrived at Cannes Lions right on time.