How Can You Use Social Media Hashtags to Grow Your Business? 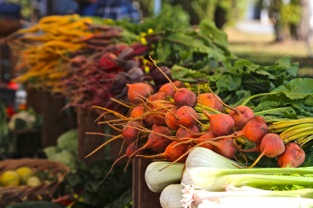 Ah, the hashtag. That bastion of social media awesomeness. Some view it as a useful way to connect various themes and memes across social media sites, while others see it as somewhat of an annoyance. Either way it goes, hashtags–and the words that come behind them–aren’t going anywhere, and have actually proven to be quite an effective marketing tool when used correctly.

So how exactly can you use social media hashtags to grow your business? Read on to get some key insights that will help you boost your brand’s reach through this simple yet effective social media tool.

Why Use Hashtags in Your Social Media Posts?

Simply put, hashtags increase user engagement. When you add hashtags to your posts, you’re speaking the language of social media, and other users will respond in kind. Practically all social media sites use hashtags as a grouping function, enabling users to search for a topic by hashtag, which will return a site-wide list of posts that use that hashtag.

Hashtags can also facilitate the discovery of new content; for example, a person searching Instagram via a particular hashtag may come across one of your posts that features that same hashtag. Next thing you know, you’ve gained a follower that may not have even known you existed just two minutes prior to their hashtag search.

When used wisely, hashtags can be an outstanding tool for promoting your business. Keep the above tips in mind to boost your brand’s presence on social media #likeaboss!