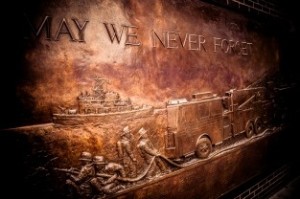 Social media can quickly make or break a company’s reputation. The digital landscape is littered with stories of brands that have suffered harsh PR blows due to rogue tweets and Facebook posts gone awry, either by accident or by horribly misguided judgment. In fact, the collateral damage from some social media slip-ups has been so severe that an entirely new word–“bashtagging”–was created to describe the swift and vicious response that can ensue when social media posters decide to sound off about a brand’s social faux pas. The old adage of “think before you speak” definitely applies to what you say online as well, because careless social media updates can (and often do) come back to haunt you. While most social media blunders are forgivable, there are some mistakes you cannot afford to make. In order to avoid a total PR disaster, below are four things you should never post on social media.

1. Any popular hashtags that you have not fully researched.

Many companies have run afoul of large swaths of social media users when they mistakenly misuse a popular hashtag to promote their products without understanding how the hashtag began, or what type of context may be surrounding the hashtag. This famously happened to DiGiorno Pizza when they appropriated the hashtag “#WhyIStayed”–which was about domestic violence–in a promotional tweet that read “#WhyIStayed You had pizza.” The tweet was summarily deleted, and DiGiorno quickly issued an apology stating “A million apologies. Did not read what the hashtag was about before posting.”

2. Any statements that could be perceived as racist, discriminatory or politically divisive.

A brand’s social media account should never be a forum for making presumptuous, polarizing or discriminatory statements. This should go without saying, but unfortunately that’s not always the case. This type of impropriety cost one MSNBC employee their job in January of 2014 when they posted a tweet highlighting a Cheerio’s commercial that featured an interracial family. The tweet from MSNBC’s corporate account read “Maybe the right wing will hate it, but everyone else will go awwww: The adorable new #Cheerios ad w/ biracial family.” The assumption that everyone but conservatives would love the ad demonstrates poor judgment and a lack of professionalism. The MSNBC employee was subsequently fired, and the network’s President Phil Griffin issued a personal apology for the “outrageous and unacceptable” tweet.

Another more famous incident along these lines involved PR executive Justine Sacco, who was fired from her position as Director of Communications for InterActiveCorp (IAC) in December of 2013 after she sent out this mind-numbingly insensitive tweet: “Going to Africa. Hope I don’t get AIDS. Just kidding. I’m white!” Sacco sent the tweet out just before she boarded an international flight to South Africa, and by the time she landed, the Twittersphere was abuzz with outrage. In less time than it took for Sacco’s flight to cross the ocean, her shocking tweet was shared thousands of times, sparking the hashtag “#HasJustineLandedYet” and prompting her employer to issue a public statement about the debacle. Sacco was immediately terminated from IAC, and although she was able to land another job roughly six months later, the Internet has a long memory. Discretion and professionalism should always be the name of the game when sending out tweets.

3. Any personal posts on corporate accounts.

Most of the time this happens by accident, but many a company has fallen victim to employees who unwittingly post personal tweets or status updates on corporate social media accounts. One of the more famous examples of this was when the social media specialist for the American Red Cross obviously forgot to sign out of the organization’s official Twitter account before publishing this tweet: “Ryan found two more 4 bottle packs of Dogfish Head’s Midas Touch beer…when we drink we do it right #gettngslizzerd.” The Red Cross was able to recover quickly from the mishap by using a dash of humor, deleting the rogue tweet and reassuring their followers later that they are “sober and have confiscated the keys.” Situations such as this are a salient reminder that it’s always a good idea to double-check which account you’re signed in under before publishing a tweet or status update.

In what is widely considered to be one of the most extravagant social media meltdowns in history, Applebee’s provoked the wrath of scores of customers by wrongly responding to a controversial incident in which one of their waitresses got fired for posting the now-famous photo of a non-tipping customer’s receipt. When people took to the Applebee’s Facebook Page to air their grievances about the controversy, a member of the restaurant’s social media team decided to start arguing with (and even insulting) customers, and even went so far as to delete thousands of customer comments from the company’s Facebook page. This only added more fuel to the fire, eventually creating a full-scale PR disaster for the company. A good rule of thumb is to remember the old adage that “the customer is always right,” and err on the side of politeness and respect when it comes to responding to customer complaints via social media.

Novelist Catherine Aird once famously quipped “If you can’t be a good example, then you’ll just have to be a horrible warning.” This has unfortunately proven to be true for many companies that have found themselves embroiled in controversy due to some type of social media fiasco. Always be sure to consider your audience and double-check your social media communications before clicking the button that sends your message around the world. By doing so, you’ll save yourself untold amounts of stress and preserve the integrity of your brand.